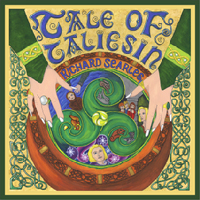 Original Instrumental Music Inspired by the Medieval Welsh Tale.
At a time when bards were poets, historians, seers and magicians, Taliesin was "chief of the bards".


All compositions by Richard Searles